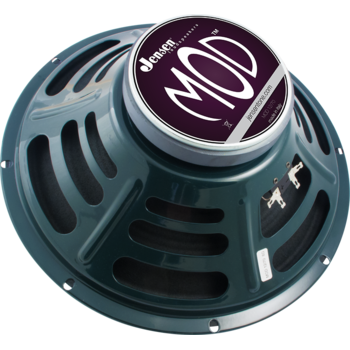 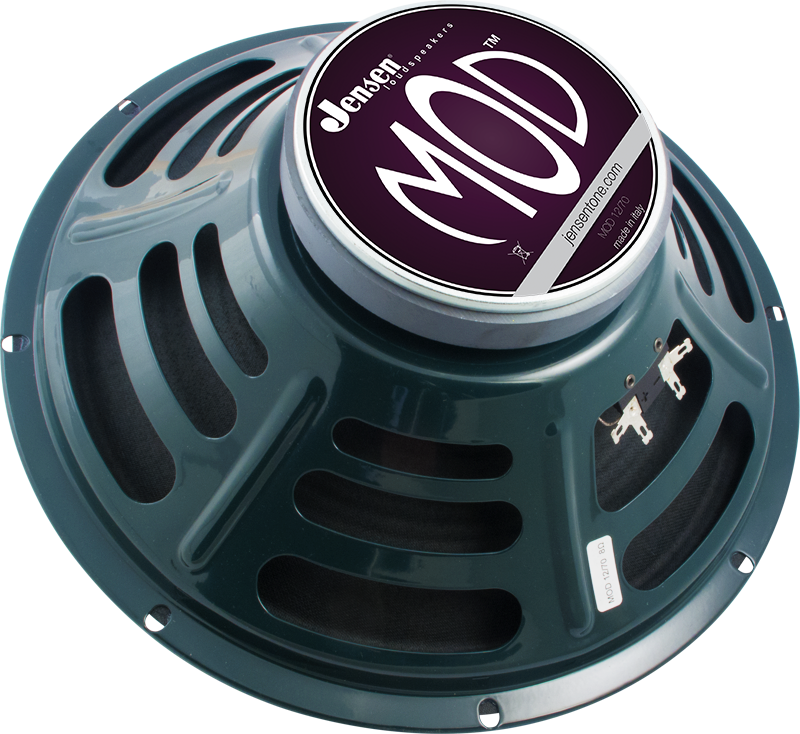 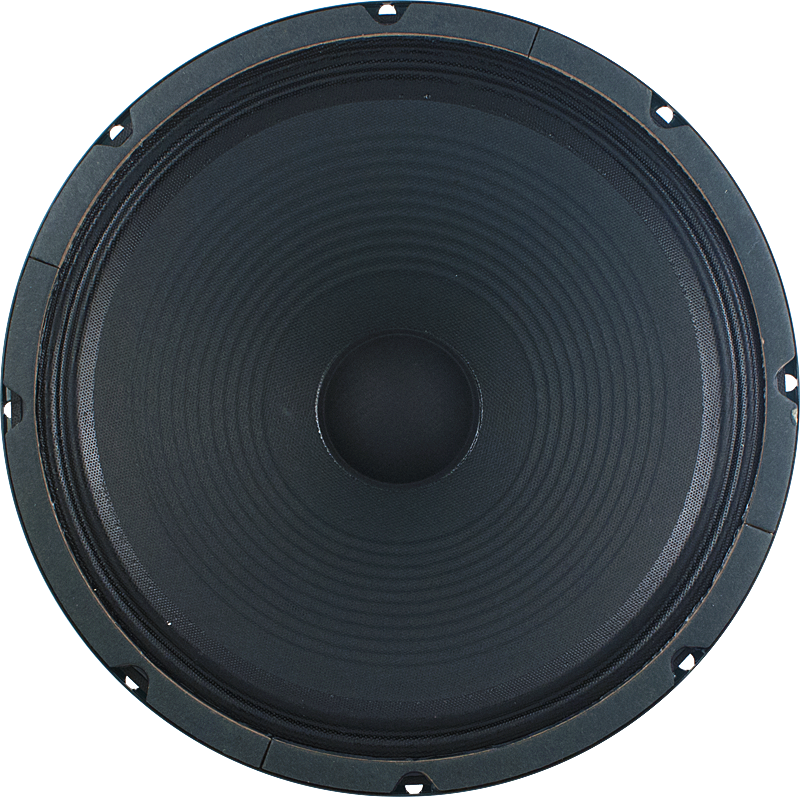 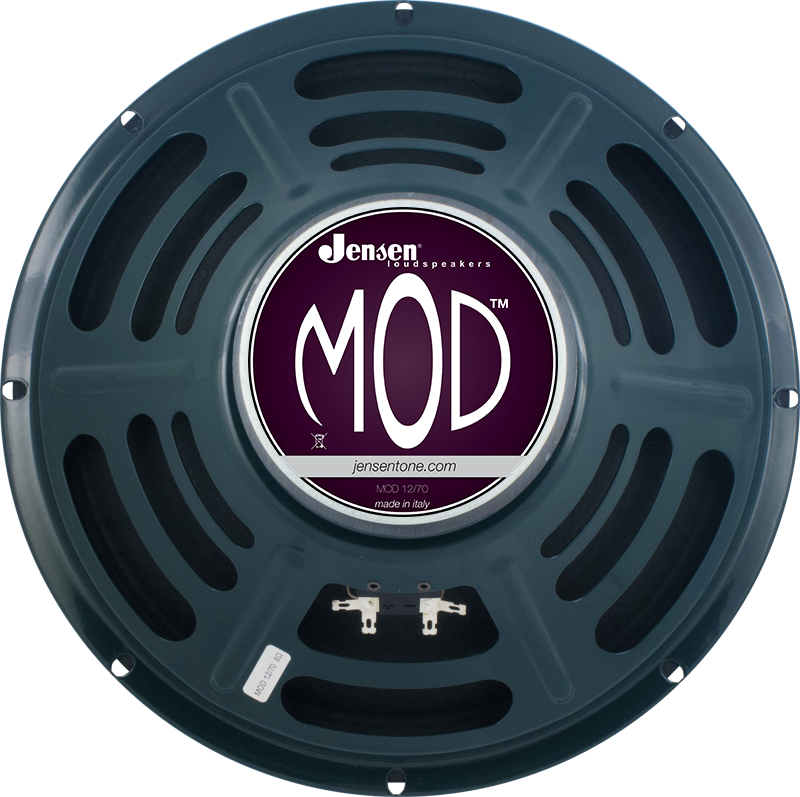 The MOD12-70 is loud, dynamic, and well defined. It has a defined warm crunch response to overdrive distortion. 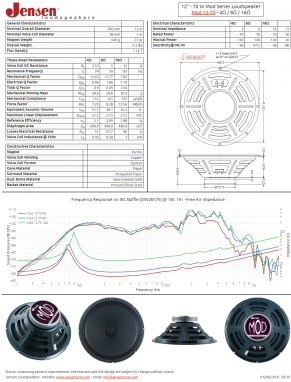 The stock CTS ceramic speakers on my 1980 LAB Series L5 were far from bad, but a little lacking in high end and with a little too much lower midrange for my taste. According to reviews and its frequency response chart, the MOD 12-70 would theoretically cure these slight shortcomings. Indeed, it worked! This amplifier is now everything I've wanted. My main guitar is a stock CS Jazzmaster with heavy flatwounds, and I mostly play with a clean or lightly distorted sound (a DOD 250 gray clone and a Fulltone OCD are my main sources of dirt, with the occasional use of a Turbo RAT), but on some songs I use flat-out fuzz (Zvex Fuzz factory and a Superfuzz clone). I also use a lot of complex rhythmic delay (emulating early tape delays like the Meazzi), which tended to confuse things a bit with the old speakers. But with the Jensens, every single sound I use is articulate and well-defined. This might not be the best choice for blues players, but these speakers work well for pretty much everything else, in my opinion. I have not tried (and will not try) mid-scooped metal sounds on them, but I'm pretty sure they'll handle that too, as they seem to have a very controlled and tight low end.

I just want to say that the pair of 12" MODS I bought and installed in an older Kustom cabinet sound fantastic. I have used many Jensen products over the years and they have always been my first choice. The reason is simply - they are the best. In my opinion anyhow. I have never been dissapointed with any Jensen speaker I have ever had. You can hand them a hefty beating and they hold up well. They will remain my first choice.

I've been playing guitar for nearly 50 years and designing and building speakers systems for musicians for more then 40 years. I bought a new Trace Elliot Bass amp a few years back that had a Jensen MOD12-70. It ended up in my Fender Deluxe, exactly the sound I've been searching for for years. Now I've got another MOD12-70 and P12Q, they make all other speakers sound muddy (no not Mr. Waters). All my amps are being changed to Jensen. If it ain't broke don't fix it.

I installed a Mod 12-70 in my Lab L3 and i was immediately knocked out by the sound - the low end was tighter and the mids were more complex. Clean or distorted it was the sound I had wanted for years. On a whim I installed a Mod 8-20 in an old Peavey Rage 158 - the sound opened up with more lows and mids and volume. This small 15W amp is now my go-to for small rooms and recording.

I've used the Mods. Love the 12 incher. Hope to be able to use more in the future.