At Fender, we work on new ideas and technologies while also maintaining the heritage of the old 1950s and '60s guitar amplifiers. Some of the most timeless and beloved models like the Tweed Bassman and Deluxe, the Twin Reverb and Deluxe Reverb, originally came fitted with Jensen speakers. The voice of these speakers is a part of what people think of as the classic Fender sound. So, it is only natural that we would want to maintain this association.

We have been using the "modern" Jensen speakers for almost 20 years now. They compliment the voice of our Vintage Reissue series amps, the staple product family in our line. When most people think of a Fender amplifier, these are the first that come to mind. The iconic '65 Twin and '65 Deluxe Reverb reissues utilize the C12K for its versatile headroom and clarity. The '59 Bassman, '65 Super Reverb, and Custom series Vibro-King utilize the P10R for its snappy vintage bite.

Over the last decade, we have also equipped many Limited Edition amps with various Jensen speakers. These limited-quantity amps often feature a differently colored vinyl covering, or a finished wood cabinet. In these amps we've occasionally used the P12R, P12N, C12Q, and some others. At trade shows, I've actually met guitarists who collect multiple Fender Limited Edition amps, and they love discussing the merits of various speaker types. We have a saying: "One man's dark is another man's warm; one man's thin is another man's bright." So it is important to consider what type of player might be the customer for a particular amp, and the speaker that's inside.

Sometimes, after we have "field tested" a speaker in one of the Limited Edition amps, it can end up being used in regular production. Our Lacquered Tweed Blues Junior started as a limited edition, and is now part of our regular everyday offering. It is equipped with the Jensen C12N, which is nice and bright, complimenting the midrange punch of the Blues Junior platform. We sell tons of them.

Our latest addition to the family is the GB Twin Reverb, which we developed with jazz/R&B great George Benson. The new Jensen Jet Tornado speakers handle the immediacy of George's soloing style, and offer a somewhat neutral tonal voice, which is great for jazz. Plus, in using a pair of them, we shaved about ten pounds of weight off of the amp. Nice!

We are proud to be associated with Jensen Speakers, and we're looking forward to continued success. 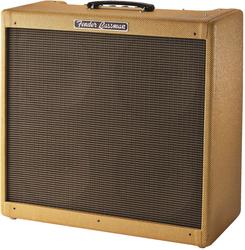 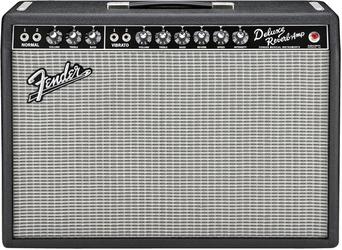 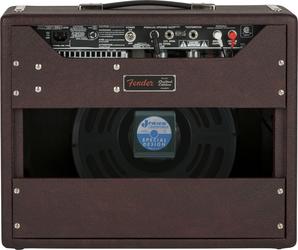 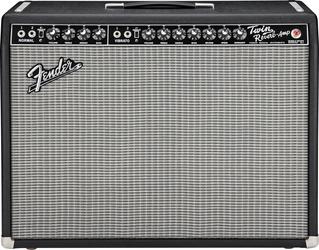 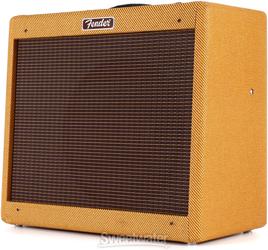